Chairman Kevin Russell, along with John Hillen, Club Treasurer bestowing Life Membership awards to three of our club greats and celebrating their invaluable contributions to Joondalup Brothers Rugby Union Football Club.  Life Membership is the highest honor for any club person to receive and is awarded periodically to members for outstanding contributions to the club […]

“The program is designed to challenge and develop our players while also providing a development pathway for our coaches”. Brothers Future Prems (FPA) & Prem’s academies (PA) concluded recently after an 8-week program that saw 106 players ranging from U13’s to Premier Grade. The program was headed by the Director of Rugby Dave Wells who […]

Our U9’s have gone back to back as Albany 7’s Champions after taking the title in 2020 as U8’s and 2021 as U9’s. After a very successful inaugural Albany 7’s tour last year in 2020 where the Rucking Bro’s took top honours as the U8 Cup Champions, it was time to hit the highways and […] 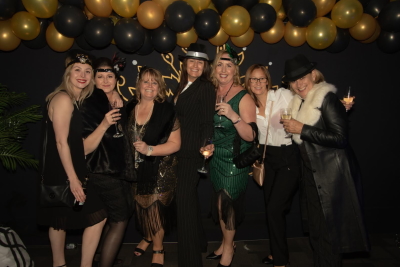 We had costumes from Great Gatsby to Peaky Blinders. The club rooms were transformed, entering them was a walk back in time. An amazing night, the band were brilliant, the place and those who attended looked incredible. Our annual Ball & Awards night themed Roaring 20’s the “Bootleggers Ball” was a huge evening. Players, Special […]

Joondalup Sisters back for 2022

An amazing game of rugby, the final play secured the win for our U18’s with a try at the death to take the lead & ultimately the championship defeating Nedlands 20 to 17. A fantastic achievement not lost on the Brothers coaches Denis Skillen & Chris Fox who were very proud of their boys. First […]

Our post-season training block will see upwards of 100 players ranging from 13’s to Premier Grade developing their skills. Overview It’s again with great excitement that we launch 2 more post-season academies for players 16 to 18 and also our current Premier Grade and aspiring Premier Grade players. We have a host of high-level coaches […]

It’s with great excitement that we launch the Joondalup Brothers 2021 Future Prems Academy. Overview It was in 2011 that we launched our very first academy and have delivered a program that’s been the envy of many clubs. To date we have produced 29 Premier Grade players with many more to come. You can check […]